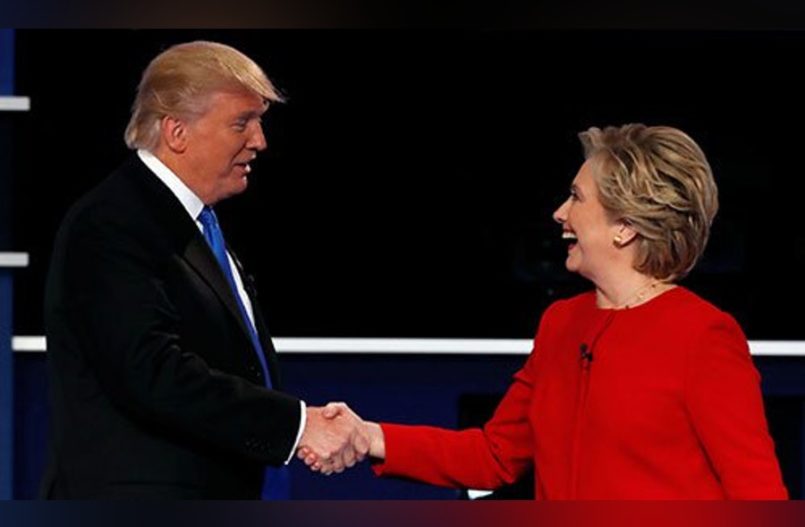 Saturday Night Live’s most recent sketch where the Donald Trump and Hillary Clinton characters do a dance to avoid shaking hands makes an important point. If things get vindictive enough, neither party will respond and total communication is lost. In the real debate, neither candidate acknowledged each other by shacking hands initially. Why did they shake hands at the end?

There’s a power in appreciation that can transcend disagreement and conflict. You might recall that the last question of the debate was, “What do you appreciate in ___?”  Both candidates gave what appeared to be genuine responses – the end result, a glimmer of decency. They shook hands.

I use the power of appreciation in my work with individuals and teams. It’s called “appreciative inquiry”. Appreciative Inquiry (AI) is a way of looking at the world as well as a process for facilitating positive change. AI is based on the principle that by honoring and connecting with what is positive in a situation or person, the energy can shift to what is possible.

I’ve mediated boards and teams who have fought and never believed that things would change. By getting the participants to suspend judgement and follow AI guidelines, these groups were able find common ground and get unstuck.

During these times of groups splintering off and attacking each other, some appreciation could go a long way. Learn more.