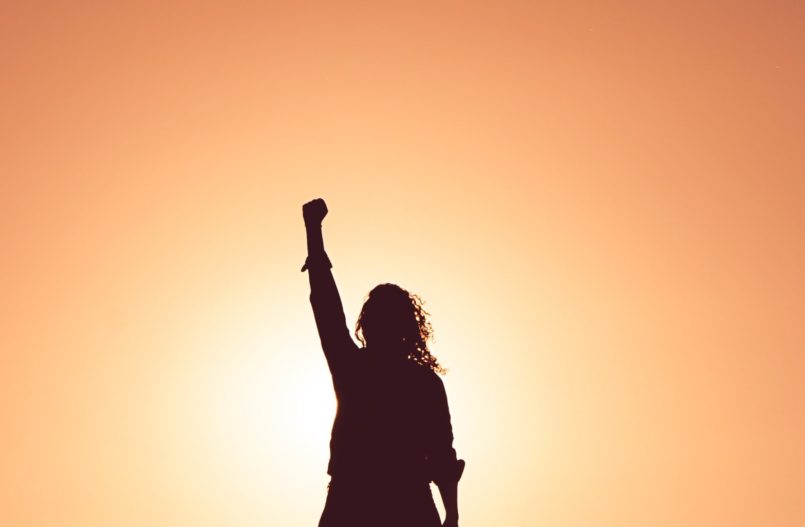 In my blog on “When I Say No, I Feel Guilty,” I outlined some approaches to assertiveness and boundary setting. One of the problems that many women face is that they are torn between being assertive and being nurturing. Sometimes women move to the assertive side. Since we view women in a way that’s different from men, assertive women can be seen as aggressive or “bossy” where the very same behavior in a man would be seen as direct. Directness is a positive leadership trait, aggressiveness is not.

Curious about whether or not the same assertive behavior from a woman would be seen differently than when a man displayed it, Melissa Williams, of the Wall Street Journal and Larissa Tiedens, of Stanford’s Graduate School of Business, synthesized 71 studies that tested people’s responses to men and women behaving assertively. They found that women were “disparaged” more than men for the same assertive behaviors. Interestingly, women were particularly criticized for direct verbal forms of assertiveness, such as negotiating for a higher salary. The reaction to the same behavior displayed by men didn’t elicit a negative response. Their conclusion is that female leaders definitely get penalized for being “too assertive.”

One of the antidotes for coming across as “too assertive” is for women to spend more time on building relationships in the workplace. This strategy can mitigate being labeled as “aggressive;” the downside is being seen as spending too much time on the wrong things. If a woman decides that she wants to be nurturing to people, some may doubt her as a leader because they don’t want her to be “too soft.” There’s often a concern that women in leadership roles are more interested in “being liked” or “taking care of people” instead of leading and looking at the bottom line.

In our Key Women’s Leadership Forums, women executives consistently bring up issues around assertiveness – either theirs is misperceived as aggressive or they are reticent to “rock the boat” and hold back on being assertive when they should be. The assertiveness dilemmas often revolve around areas such as inconsistencies in compensation, desire for key assignments, receiving credit, board exposure and more. I’ve been amazed on how many bright and outwardly successful women don’t ask for what they want or need because they fear the consequences or are waiting to be noticed instead of speaking up.

Assertiveness is the ability to confidently stand up for yourself, others and/or your view in a non-aggressive, calm and direct way.

So if people often perceive the same behavior differently depending on if you are a woman or a man, women need to be even more skillful at being assertive. Assertiveness is the ability to confidently stand up for yourself, others and/or your view in a non-aggressive, calm and direct way. Assertiveness is asking for what you need or want and letting the other party know why. No excuses necessary.

Effective assertiveness involves both non-verbal and verbal communication. Non-verbally, assertiveness requires direct eye contact that shows authenticity. Body posture and gestures need to be aligned with the message you are conveying. For example, if you are asking to be considered for a coveted assignment, are you looking your manager in the eye, standing or sitting tall and speaking in a clear tone? Or Are you looking down, fidgeting and hard to hear?

One of the findings from the work cited earlier by Melissa Williams and Larissa Tiedens, is that women were not penalized for non-verbal assertive behavior, only verbal assertiveness. They recommend that women use their bodies more consciously by doing things like taking expansive physical stances, narrowing  the physical proximity between you and the other person and making direct eye contact. Furthermore, they state that “paraverbal” behaviors such as speaking loudly, the pitch and pace used or interrupting are also options since they don’t register as aggressive.

Verbally, it’s important to be clear about your intention and what you’d like to request or say.  One of the most effective assertiveness strategies is to use “I” statements vs. “You” statements. “I” statements show that you are taking ownership for your feelings and ideas and not blaming. People can better hear when someone says, “I feel frustrated when I don’t understand what you’re asking me.” Instead of “You are not communicating clearly and I don’t know what you want.” “I” statements invite conversation while “You” statements can make others defensive and shut down communication.

Assertiveness shouldn’t happen in isolation. You also need to take into consideration the context of the situation. Who are you speaking with/their frame of reference? Is the timing right to bring up this topic? How do they think/feel about the situation? Answers to these questions and more help you to analyze when and how you assert what you want. If the person you want to influence is pressed for time, make an appointment for a different day when you are more likely to be heard.

If you are challenged by the person you are asserting with, hear them out, ask questions to make sure you understand where they are coming from and if warranted,  give them credit for the part of what they are saying that you agree with. It’s important not to get defensive. Modifying your original request is part of the win-win process – just don’t give up when what you are asserting is important to you and others.