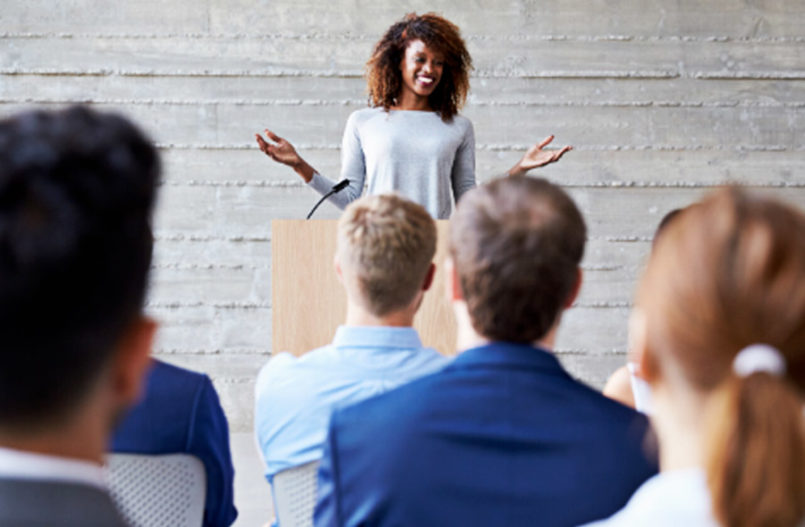 Confidence is one of our most sought-after traits, in life and in business. Confident people accomplish what they want to get done without excessive agonizing, doubt, or rumination. An air of certainty wins others to their side—even when their work isn’t perfect. Out of the hundreds of women I’ve worked with as a coach and peer forum facilitator, most expressed a wish for more confidence or told a story in which their lack of it held them back. Research backs up its importance: confidence does more to build respect and influence in a group than actual competence.

When confidence depends too much on others and not on our own internal state of mind, it flounders. Even the most confident among us can fall prey to a toxic environment where we begin to second guess ourselves. Confidence is sapped by criticism, especially from people in power over us. We sometimes collude with the toxic environments we get caught up in, creating a vicious cycle that undermines our belief in ourselves.

In my leadership development work, I’ve had the privilege to talk with many women in positions of power. What I learned is that many of them feel this same overwhelming fear of making a mistake. The fear often takes the form of overanalyzing a situation. Instead of acting on what they believe or know, women tend to second-guess themselves—even if their knowledge and instincts prove right time and time again.

Hours spent rewriting a speech for the fifth time, or crafting the perfect response to a casual email from the boss are hours not spent on strategic priorities. Productivity and effectiveness suffer. Women who over-analyze pay a price. They may be successful, but not necessarily happy because they allow their internal state to be in constant anticipation of what must be “fixed” so they don’t get caught off-guard.

So why do we do these things? Perhaps it’s because as little girls, we learn to be “good” and earn rewards for being perfect. Some of us get addicted to pleasing others. A vast body of research suggests that women tend to see the risks in a situation and hold back, while for men it’s “act now, think later” (Campbell). This gender difference in behavior is particularly salient in the workplace because it increases under stress. It’s very pronounced in situations where a person stands to lose or gain money—another key feature of workplace decisions.

In 2012, a team of economists conducted a meta-analysis on experiments from all over the world in which subjects were asked to play an investment game; the studies consistently found that women invest less and are more wary of financial risk (Charness and Gneezy). Whether investing your own funds or trying to make the best use of your company’s assets, taking the right risk can yield big rewards. Perfectionism can stand in the way of success.

Another factor which erodes confidence is the inability for some to see their accomplishments clearly. Many people—especially women—suffer from imposter syndrome, the feeling of inadequacy and self-doubt in spite of a track record of success and displaying competence. Women may feel like frauds and attribute their successes to external factors like luck, being liked, or working harder than others. “Imposters” have difficulty internalizing their accomplishment. Despite their often-significant achievements, the fear of being discovered haunts them. They wrongly adopt the premise that since their accomplishments aren’t based on competence, they will be found out. Instead of enjoying attaining goals or promotions, the imposter waits anxiously for others to discover that she doesn’t deserve them.

Developing and building confidence involves overcoming our own fears. For some, confidence levels can be temporarily impacted based on a situation. For others, feeling confident can be a constant challenge. Confidence requires courage, operating more from our heart than our head, a willingness to pursue our dreams, and stepping forward for a cause and/or a willingness to lead others. Confidence requires self-awareness, an intention to purge perfection, and the willingness to take calculated risks for the right reasons.

This blog is an excerpt from my latest book, Seizing Success: A Woman’s Guide to Transformational Leadership.

Learn more about confidence-building and other essential competencies for women.