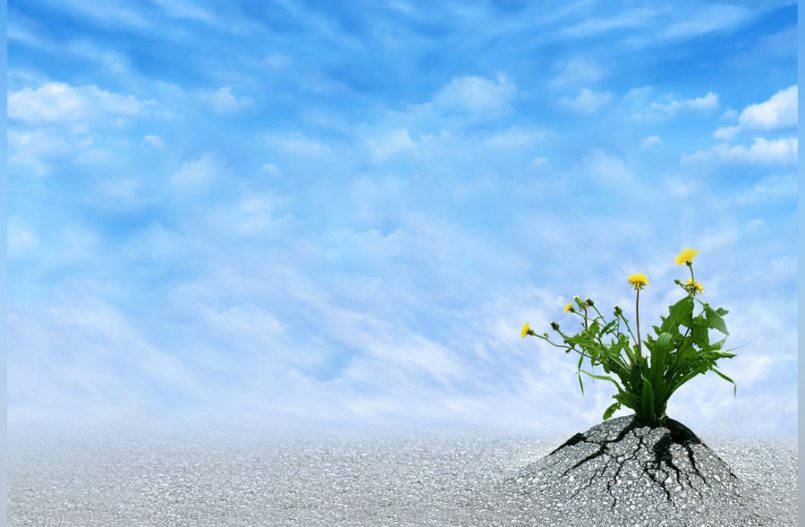 I had a wonderful friend and mentor that I lived next door to for over 20 years – her name was Katy Mims. Katy was a fifth generation Floridian and lived to be 100 – she was a real steel magnolia. Katy was a pioneer as a journalist and an entrepreneur.  I would often cross the street to Katy’s to seek her guidance as I encountered challenges in my career and sometimes, just to have a cocktail at the end of the day. One time, I sought her counsel for a difficult situation at work. No one in a client meeting seemed to hear my suggestion and 15 minutes later when one of the men in the room said the same thing, everyone became enthusiastic. Katy took off her glasses, looked me in the eye and said, “Take heart – your suggestion was so good that someone took it forward. Next time, chime in and remind everyone that they heard the same thing before.” Katy helped me become more resilient through her mentoring of me – Katy called this determination, “gumption.”

We need gumption. Women continue to experience obstacles to career success and still lag behind men in holding high level leadership positions. For more than two decades, women have been earning about one-third of the MBAs awarded in the United States, yet they constitute only 2 percent of Fortune 500 CEOs and 8 percent of top leadership positions. Initially, the hope was that filling the pipeline with more qualified women would take care of this imbalance. It hasn’t. Research shows that women’s under-representation in leadership positions is at least partly due to traditional gender expectations and practices. There’s a mismatch between qualities traditionally associated with leaders and men like assertiveness, confidence, decisiveness and coming across as an authority figure and the qualities associated with women such as being nice, friendly, cooperative and socially sensitive.

In the “Heidi/Howard” study conducted at Harvard, professors asked students to read a case based on Heidi Roizen, a successful real-life entrepreneur. All of the MBA students were assigned to read the case study about Roizen’s career; half were given a version of the case in which Heidi’s name was changed to Howard. Upon completion, the professors surveyed the students about their impressions of Heidi/Howard. The students rated the entrepreneur as accomplished and competent in both cases. However, in the case study using “Howard,” the students commented that he was smart, likable and someone they’d like to work for. In the case of “Heidi,” some saw her “selfish” and not the kind of person you would hire or want to work for. The only difference was the name change!

The U.S. Census Bureau reports that women who hold full-time jobs earn 79 cents for every dollar that men with full-time jobs earn.  The gap is even more pronounced for African-American and Latina women. Researchers and experts have various explanations for the gender pay gap. Some theories point to discrimination — both unconscious and otherwise. Others assert that women make less money than men do because women do not ask for or negotiate pay increases like many men do. Other evidence links differences in pay to women’s career choices; women are less likely than men to choose high-paying careers such as engineering or science and more likely to pursue less paying professions like education and healthcare.

Men’s dominance in positions of organizational power, together with differences in the composition of men’s and women’s social and professional networks, gives men greater access to information and support along the corporate ladder. Women in traditionally male-dominated settings often have difficulty breaking into the “good old boys” network of advice and professional development opportunities. I belong to a women’s professional group called Athena. One of the members, Edna Broyles, stood up for her beliefs when she and other women working for a major investment firm took some of the men in leadership roles to task for rampant sexual discrimination and harassment. Twenty-four of the women in the firm nation-wide including Edna represented 23,000 women at the time in this lawsuit. The story culminated in a book called Tales from the Boom-Boom Room.  As you might imagine, the pressure for Edna to settle was tremendous. Because she refused to be muzzled and prevented from speaking about the situation, she gained nothing financially. She had gumption!