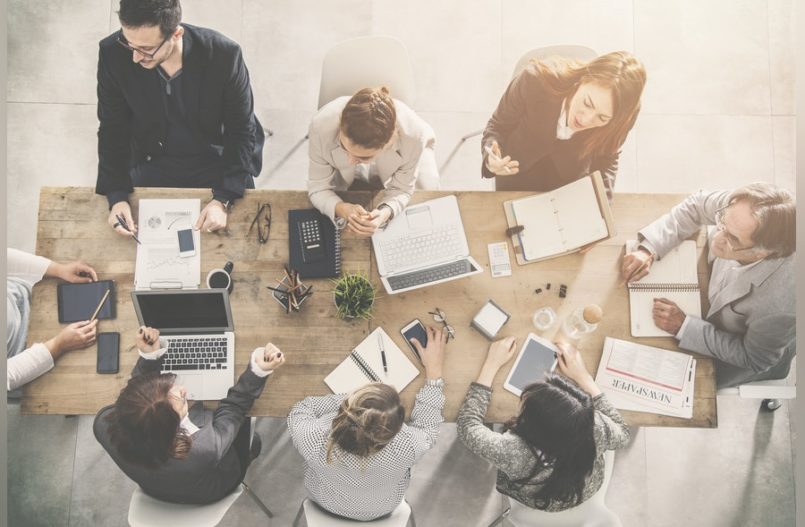 There are tons of research that shows the critical role women play in business and the dramatic difference they can make to the bottom line. In McKinsey’s 2017 study “Delivering through Diversity” (released in January 2018), the study builds on research from 2014 diversity data and shows that the impact of gender diversity on company profitability is much higher than was previously thought. In 2015 the data suggested companies with the most gender diversity on their executive teams were 15% more likely to experience above-average profitability than companies with the least. Fast forward to 2017 and this above-average profitability number rises to 21%.

Firms that embrace gender diversity also have what it takes to move the needle on innovation. Research released last year by the University of Arizona Eller College of Management shows that diverse companies are also more creative. In an interview with CNBC, Joe Carella, assistant dean at the college, explained that an analysis of Fortune 500 companies revealed organizations with women in top management roles also experienced what he called “innovation intensity”— a power and passion that produced measurable results. Specifically, gender-diverse teams produced an average of 20% more patents than teams with male leaders.

As a woman leader, how can you help drive the gender diversity of your organization?

Below are insights by three women leaders which helped them increase the talent, innovation and knowledge within their companies.

#1 Being a great connector

An interview with Janae Redmond, VP of MoPub at Twitter, discusses how new managers must learn to be a coach, not a player, and what it takes to become a female executive in technology.

Her advice: Invest in developing talent with facilitation skills—skills that anyone can develop —as a first step to fostering conversations and connections across the organization that embrace and empower diverse perspectives. Take it a step further by harnessing technology to allow everyone a chance to express their opinion within a meeting or on a team. “It breaks down the barriers and dispels the fear some people have around voicing their opinion,” and that openness and authenticity is essential to “help people develop the skills to be inclusive, regardless of gender.”

#2 Find commonalities for a common good

Vivian Chang has over a decade of experience in digital marketing and she is Senior Director of Marketing at Plated, a meal kit delivery service available via online, mobile and app. Chang made an active effort to find “commonalities” to smooth the process across the organization. “It’s about building trust through common interests, not just in the business context but especially in personal life. “Swapping stories about pets, kids, fitness routines, even trivial things like saying hi when we both get coffee at the same time each morning can build a bridge,” Chang says. Her advice: Show a real interest; be real as a person. “Bring your ‘whole self’ to work and share details about your life outside of work to connect with people at work on a more genuine level,” she explains.

#3 Shift your mind-set from human doing

Cassie Chernin, a Senior User Acquisition Manager, with Scopely, the interactive entertainment company and mobile game publisher, “It’s all about orchestrating the talents of others on the team,” she explains. “No one is good at everything, you need to lead a team by allocating talent where they are most likely to succeed.” More importantly, she continues, it’s about cultivating a leadership style that is “emotionally supportive” in order to bring teams together and bring out the best in them. “Yes, we have to reach our goals and hit our metrics. But we have to shift our mindset and move from human doing to human being.”

Her advice is reinforced by new research published this month in the Harvard Business Review that concludes emotional support is at the core of what can bring teams (and couples) closer together. Significantly, the researchers note, there is a “substantial gender divide to bridge” as women are more able (or perhaps more willing) to provide emotional support than their male counterparts.

Chernin also added: “Even if you aren’t affected by gender inequality, someone at your organization is, so as a female leader, do your part to contribute.”

As women leaders, we can help bridge the gender gap and increase profitability and innovation while building stronger teams. We’re starting a group in Atlanta to explore how we can support each other in bridging this gender gap and grow as leaders ourselves. Learn more about our Key Women Leadership Forums or contact us if you’re interested in joining our Atlanta Forum.