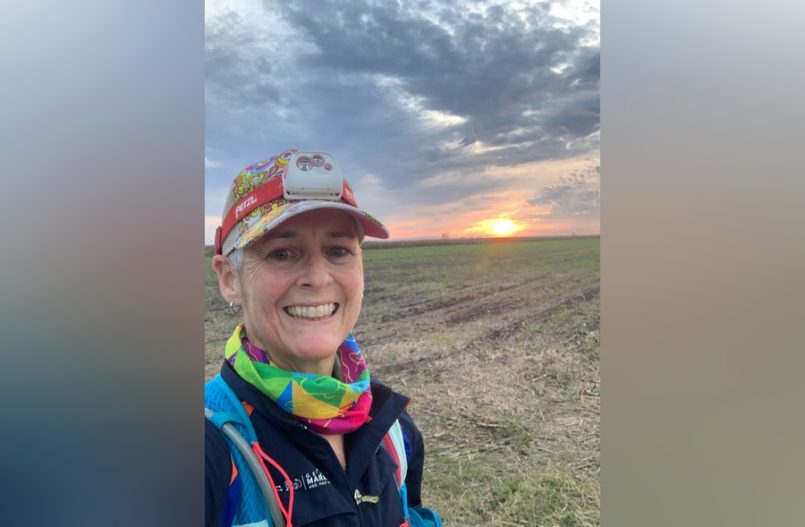 In learning about others in business, it’s not uncommon to come across some outstanding athletes. That being said, I didn’t think I was hearing Sue correctly when she told me she runs in 100 mile races – “What did you say?” I blurted automatically. “How long did it take you?” I pursued. “Twenty eight hours,” she replied.

Sue Edwards is an over 50, vibrant woman who participates in our Key Women’s Leadership Forum. She serves as Chief Compliance Officer at Ultimate Medical Academy (UMA) in Tampa Bay. Sue is incredibly resilient. She has non-Hodgkin’s lymphoma and survived a skydiving accident where she suffered several broken bones and a few surgeries. Always pushing herself to be her personal best, Sue recently trained for her next big race, a 150 mile run. In her words, “it’s been a dream of mine.”

You understood me correctly, 150 miles! Our women’s forum group has been getting regular updates from Sue on her training and progress. She gets up at 3:30am and runs most mornings to prepare. She puts in a full day at UMA, eats nourishing meals to replenish herself and works diligently with a world class coach to maintain her strength and stamina. Sue’s big race was this past week – she ran it in 39 hours, 43 minutes and 51 seconds. She came in first and was the only woman in the race!

Sue now holds the all-time female record for this 150 mile race and has the second fastest recorded time as well. She stayed up a total of 46 hours without sleep. When I spoke with Sue to congratulate her on this amazing feat, I asked her to share some of the keys to her success in the 150 mile race. I think each applies to our lives whether we set running as our goal or something else.

Here are some insights from Sue that can build our resilience:

In summary, it’s important to first visualize in detail the outcome you desire along with the short term goals to get there; include the feeling state you want to experience as you achieve each one. Find ways to overcome your fears like a mantra or affirmation that focuses your mind on the positive. Build a plan and be consistent in how you work toward your goal. Consistency builds habits that can support your resilience. As with anything in life, having a team to support you can make all the difference. Be sure to set clear agreed upon expectations and hold yourselves accountable to the teams vision.