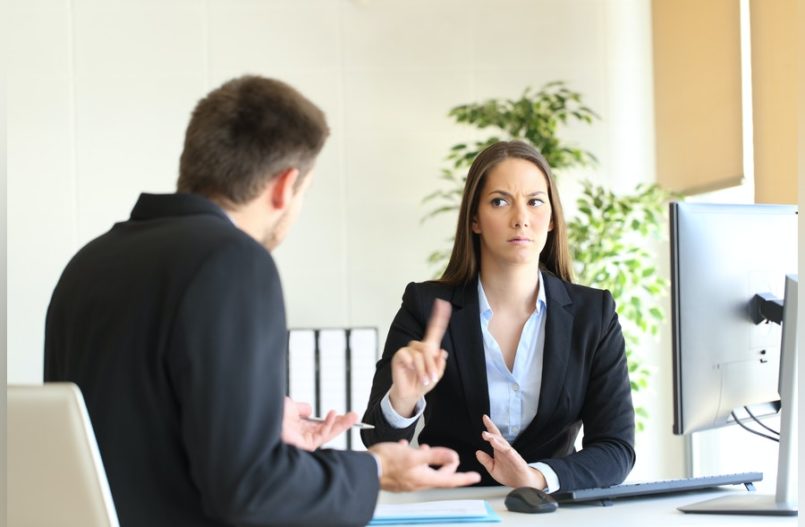 Some are able to say “no” to a request or opportunity and feel good about it. “This just isn’t the right fit for me” or “I don’t have the bandwidth right now – I hope you understand” are ways they opt out confidently. Others avoid saying “no” altogether because they don’t want to jeopardize a relationship or disappoint the requester. They may say “yes” and pretend all is well, even though they are feeling stretched, bad about the situation and even resentful toward the requester. Here’s where classic passive aggressive behavior can take root.

Then there are those in between who ponder about whether they should fulfill a request or take on an added responsibility. They spend time weighing out what they might do. Doubt sets in. They say “no” in as a respectful way as they know how: “I can’t take this on right now” or “I’m sorry I don’t have the time or interest” are frequent retorts. Upon saying “no,” there’s a moment of relief. Then for many, guilt sets in. The rumination in your mind is as bad as taking on the request. Here lies the dilemma of “when I say no, I feel guilty.”

So what can we do to avoid the consternation and wasted time spent on guilt or regret? There are three things that can help you address the ramifications of saying “no.” The first involves finding clarity on why you want to say no. Have you thought through the request? How does the request support your priorities and goals? Those of people you care about? Is this the best time to make a decision, or are you tired or feeling overwhelmed at the moment?

Give yourself time if you lack clarity and are tired. Tell the person that you would like to consider their request and get back to them. Often we feel pressure to say “yes” or “no” on the spot. Take that pressure off yourself.

Second, if you decide your answer to the request is “no,” think about how you can respectfully communicate that without over-explaining. My dear friend and mentor, Katy, had one of the best responses for this situation that I’ve used successfully many times. She recommended saying: “Thank you so much for thinking of me (or for the opportunity). I’m going to pass right now. I appreciate your asking.” The underlying principle is to be kind and brief. No need to give excuses.

What happens if you are challenged by the requester to give in? Some people just persist and they try to talk you out of saying no. I’d like to suggest two assertiveness skills, fogging and broken record. Fogging involves agreeing with critical truths the requester presents and still do what you want, say no. For example, you say no respectfully to the request to head the United Way campaign at work because of the number of projects you have, commitments to your family and because you’ve done it before. Your requester continues to talk about the good work the charity will do under your leadership. To apply fogging you would say something like, “Thank you for your confidence in me. You’re right, this organization does great work. I need to decline at this time.”

Broken record works best when the requester becomes more aggressive. It involves you not being deterred by anything the other person may say and sticking to your stance. The strategy with broken record is to keep saying in a calm, repetitive voice “no” and why. In other words, repeating your original statement as the requester attempts to get you off track. For example, your boss asks you to fire an employee that you feel he has misjudged. You decide that it’s important for you to keep developing this person because you see their talent and contribution. You are concerned that your boss is criticizing the employee without any real data. Broken record here may be a statement like: “I appreciate your feedback. Right now, I’d like to coach this person first before taking any extreme steps.” You would repeat this statement until your boss acquiesces or until you can reach a mutually agreed upon course of action.

You’ve said no and guilt sets in. The third thing is to avoid rumination. When you continue to replay the past in your mind, you are ruminating. You are putting energy into what has occurred and that you can’t change. Notice what you are saying to yourself. Are you admonishing yourself for saying no? Are you second guessing yourself and what you believe is right?  It’s time to have a constructive conversation with yourself and challenge your self-talk. A useful strategy here is to acknowledge your feelings of guilt and go on to find an affirmation that resonates with you like, “It’s important for me to honor my decision to say no” or “Saying no opens me up to other options.” Catch yourself when you start to go back to the past and stay in the present. Get in touch with your physiologically by noticing your breathing or taking some deep breaths; this can help you stay in the moment.

Saying no respectfully is an assertiveness skill that is essential to your well- being and happiness. Be clear on why and when you want to say no. Communicate it with respect. Practice the techniques of fogging and broken record with persistent people who want to pressure you into saying yes when you have said no. And, don’t let guilt or regret keep you from moving on with the present — and future.