Workplace Isolation Costs You and the Company February 23, 2015 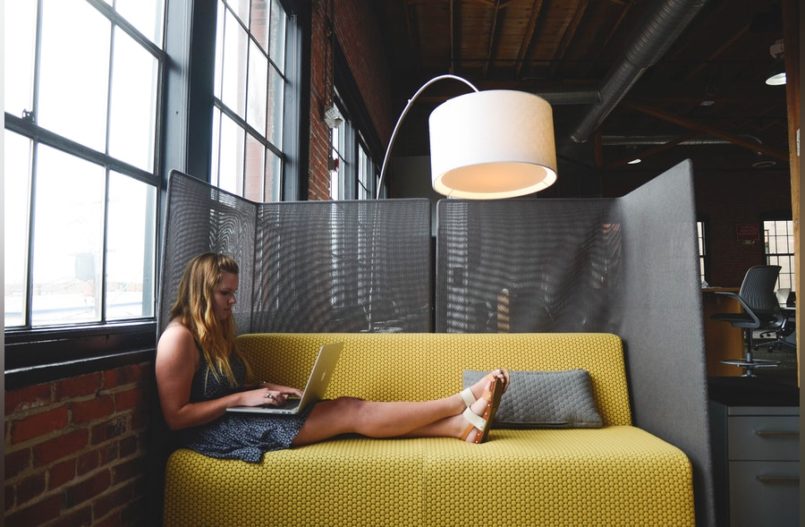 Is isolation preventing you from feeling fulfilled in your job? That was the case with Harry when he came to me for advice. Manipulative behaviors like using workplace isolation techniques can have negative consequences for the individual and the organization, as Harry was finding out.

When Harry joined XYZ Company as a sr. product manager, he was excited about the possibilities of his new job. But as he began to offer suggestions for enhancements to products and services, people appeared to stop listening. He decided to present his ideas in a clearer format, so he circulated a slide deck, but was stunned to encounter the same response. Gradually it became clear that Harry had stumbled onto one of the organization’s sacred cows, and neither his boss nor his team’s more established members appreciated it. Discouraged, Harry opted to lay low and stop making suggestions for a time, thinking that the situation would improve as he gained experience. Instead, he found he was being excluded from key meetings and strategy sessions because he had been pigeonholed as someone who rocks the boat.

For organizations, isolation and similar manipulative behaviors carry proven costs, both on and off the balance sheet. A study by ADP put the cost at over $2,000 per disengaged employee per year, and the typical cost of turnover at 48 to 61 percent of an employee’s annual salary. Consider too the lost productivity and reduced efficiency of disengaged employees who stay on, especially at the higher levels. Clearly it is in an organization’s best interest to identify and address instances of employee isolation.

For individuals, the effects manifest as reduced mental and emotional health. You can begin to doubt your judgment and perceptions. Like Harry, you may find yourself trying to please your manager and coworkers in ways that don’t align with your personal values or role and responsibilities, simply because you want the isolation to end. Isolation can cause you to feel disengaged and deadened. You’re likely to lose any sense that your work is personally meaningful, and to doubt that workplace rules are applied equally and fairly. You may find your health affected by the stress of isolation. You may even discover that you need to leave the toxic culture, shouldering all the personal cost that job-switching entails.

Outliers are most frequently affected

“Why me?” Harry wondered. I told him that victims of isolation tend to be people perceived as outliers by established members of the company. Isolation happens not because someone sets out to be a jerk, but simply because people let their innate prejudices or past training continue unquestioned. Isolation tends to happen to individuals who are in the minority. It could be because they are from a different cultural background, because they come from outside the industry, or because they are new to their role, as Harry was.

Trying to change the existing culture can be threatening. People with a stake in maintaining the status quo use isolation techniques such as exclusion from meetings, last-minute schedule changes, or taking credit for others’ work as a means of exerting control. Sending the message that you can’t buck the culture is paramount.

Evidence that you are suffering the consequences of isolation can include chronic failure to get traction on your proposals, having your contributions overlooked in meetings, and subtle pressure to accept the beliefs of your group, its supervisor, or both. Outliers typically have only a tenuous hold on power, which makes it seem as if there is not a lot one can do to improve the situation.

Is there a solution?

Someone who is isolated can feel there are few options beyond disengaging or conforming to perceived expectations to fit in, even at serious emotional cost. And yet, with conscious thought, you can open another, more positive way forward.

Throughout your workplace encounters, identify behaviors that make you feel powerless or preyed-upon. Then look around. Are there other people in the organization experiencing similar thoughts and feelings? Can you join forces with them to make a difference? In order for positive change to occur, it is important to create what I call “pockets of health,” which can grow to a critical mass that challenges the dysfunctional culture. Reach out to others who are experiencing similar consequences from isolating behavior to create your own subculture of support. Together you can become an effective nucleus in the organization from which a more positive culture can emerge.

Be sure you know the organization’s goals and strategic directions, and make sure that you frame your suggestions within the context of the organization’s stated priorities. Harry could have gained more traction for his new product suggestions if instead of simply saying, “here are my ideas,” he had put them in context. If he had opened with, “Knowing that our main goal is to increase market share, reviewing the numbers leads me to believe we’ll fall short unless there’s something new we can bring to market. Here are my ideas…” Demonstrating knowledge of organizational priorities helps you be perceived as part of the team, rather than an outlier.

Isolation can result from a lack of strategic relationships within the organization. If you are experiencing isolation, reflect on whether you have taken the time to really connect with others, to get a better feel for how the organization operates and what is important in its corporate culture. Don’t wait for others to reach out to you if you are feeling isolated; be proactive in getting a sense of others’ beliefs and priorities, so that you can reflect them in how you present your ideas and suggestions.

By taking action, you will begin to feel more empowered, less disengaged. And you may begin to see positive change around you!

Mary Key, Ph.D. is a trusted advisor to organizations of all sizes. With over 20 years of experience in helping leaders and companies grow, she heads Key Associates, Inc. specializing in executive coaching, leadership development and building high performing teams. She is the author of several books, most recently, CEO Road Rules: Right Focus, Right People, Right Execution.